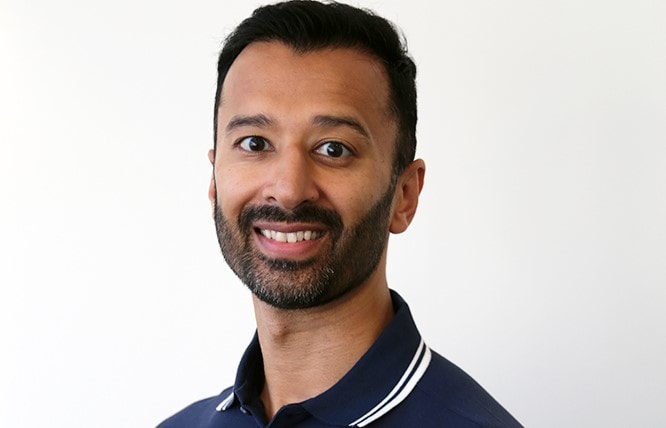 As a kid, I was pretty sharp but from about 6 years old, I remember becoming a little clumsy and didn’t have the physical ability I had before then. After I hit my teens, my thinking and concentration became difficult and I developed insomnia and was always tired. I also had lots of joint, muscle and abdominal pains and would injure myself frequently. I remember my knee locking up and swelling like a balloon once! I also became weaker and found it hard to grip and lift (even a kettle!)

I used to walk 30 minutes to and from college and I would often have to stop and rest because of hip pain. When I was in my second year of A-levels, my grades dropped as I lost motivation and concentration and would often get absence seizures.

During all this time, my GP would give me various creams and painkillers, none of which were particularly useful and definitely did not cure my condition! In my early twenties, I tried lots of alternative methods to help; I changed my diet (many times), exercised differently, and saw several therapists, with some success (enough to inspire me to retrain as a chiropractor). Despite all the work I put into my health, I still was not well.

I found it hard to follow conversations, my hearing was poor, and the right side of my face felt numb and drooped. I started getting palpitations (heart beating erratically) and could not push myself physically as my head felt like it would burst. Eventually, I stopped exercising as I was worried all the injuries would affect my work (as I was a chiropractor at the time). I became stressed out, grumpy, moody, short-tempered and depressed. Like most people, I put on a brave face and got on with it. Not many people knew of my troubles.

By this time I had realised that all the standard methods of care did not work as they promised. Chiropractic/osteopathic manipulation, physiotherapy, rehabilitation exercises, acupuncture, taping, soft tissue work, ultrasound, orthotics; you name it, I had experienced many of them. They only gave temporary relief and I knew they were not getting to the root of the issue as I was getting worse. By this time I had experienced just about every type of symptom possible, including sciatica, IBS (abdominal pain), GERD (acid reflux), brain fog, hip pain, flat feet, lower back pain, TMD (jaw pain and dysfunction), blocked sinuses, headaches, rib pain, poor balance, hypermobility, crepitus (noisy joints), pectus excavatum (breast bone caved in), and more!

I kept researching and going to many seminars, talking to other professionals and trying new methods. It was then that I came across a method called Advanced Biostructural Correction (ABC), and the more I learned about it, the more my problems made sense; especially from the viewpoint of my engineering background. All other methods that I had researched did not seem to have a solid physical foundation on which to base their treatments. ABC was built upon easily testable physical axioms (truths) which also were common sense.

Analyzing my issues from an ABC perspective, I had accumulated many injuries to my frame/skeleton over the entirety of my life, all this damage had misaligned my bones and made my body and face crooked. You can see from my photos that my nose is broken. In fact, if you were to examine closely, my entire skeleton is crooked. Searching out old photos of myself proved this. Since the age of about 11, my frame/posture has gotten visibly worse and worse. It was around this time that I had a severe injury on a theme park ride, so now that made sense.

This change in alignment was affecting the perfect balance my skeleton should have, making my body collapse forwards (making my posture worse), and causing tension and twisting inside my body. I also had a reversal of the normal curve of my spine between my shoulder blades which was causing the pectus excavatum. So essentially, my lungs and heart were getting squashed between my chest and spine. Not good!

Almost all of my symptoms could be explained with a simple theory – “Bones out of place in a direction that your body cannot self-correct”.

Since starting my own treatment, I have improved leaps and bounds – even though being an ABC practitioner is much harder on my body than the other methods I used to practice. My head is clear, my hearing has improved, the numbness is gone, even my eyesight is better, my grip strength is through the roof, I am not as stiff, and I can do very intense exercise and not feel ill. My lung function is also improving.

I also noticed that I stopped getting the terrible muscle soreness I used to get after exercising (DOMS), my blood pressure and heart rate are coming down. I rarely get palpitations, the blocked nostril I had for years has opened up and I can run in comfort for the first time since junior school!

I am also less anxious about hurting myself because I know that I can get fixed straight away. This gives me more confidence to try new activities.

I am a great example of how everything I have covered in previous blogs ties together. On top of my original injuries, all the other treatment I had done made me a lot worse as they were pushing bones in the wrong directions and not treating the primary cause. However, many of our clients have been through much worse and are also doing great!

Like I have said before, the great news is that you do not have to suffer needlessly any more as the technology has moved on to the point that these problems often can be reversed. This protocol works for everybody where the cause is a build-up of physical damage due to bones out of place in a direction the body cannot self-correct. The only difference between us is our lifestyle, age, the amount and type of damage and when it occurred.

In my very personal experience, no other treatment comes close…

We are the chiropractor you have been looking for. Get in touch with us today to see how we could transform your life too.